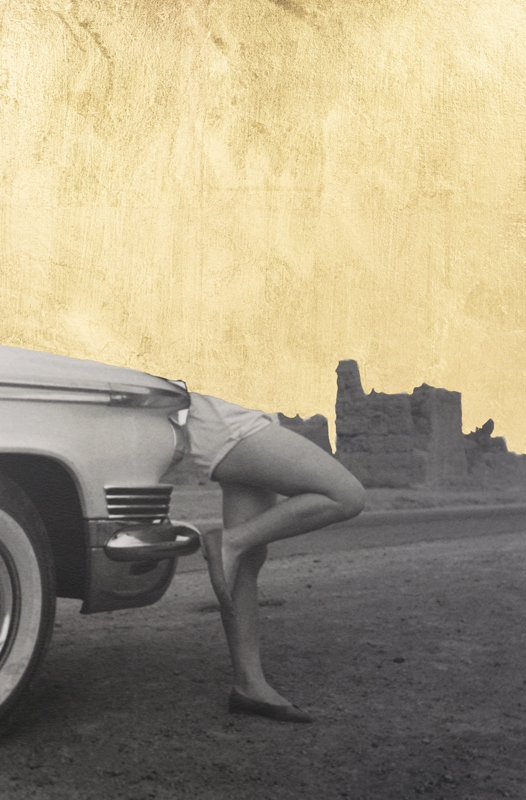 Born in Casablanca (Morocco), lives and works in Marseille (France)

Graduate School of the Chambre Syndicale de la Couture Parisienne, Carolle Benitah worked for ten years as a fashion designer before turning to photography in 2001.

This is custom heading element

“I will never forget you” is a work on happy and fantasized family history confronted with negative memories. It is an album that stands in relation to my preceding work, “Photos Souvenirs”, in which I embroidered on family photographs in which I am represented. I realized that there were very few photographs of my parents before their marriage, an image desert explained by the fact that they were born in the Morocco of the 1930s, without running water or electricity. The few photographs my grandmother had were under lock and key so as not to evoke the tragic accidental death of one of her sons. A slab of blindness had struck that life of pain with forgetting. I feel orphaned of images and roots.

I started collecting anonymous photographs purchased in flea markets. I am magnetically drawn to the happiness standing to attention in those photos, by the people I do not know and who have existed, loved, and died. They are ghosts who follow me noiselessly and I appropriate them to create an imaginary family album to repair the lapses of memory.

I reconstruct the memory of the family I missed, invent a made-to-order one for myself in which I resuscitate all of the people who have disappeared, the territories I never knew but whose praises I have long heard sung. I choose the positive and idealized side of an identity to illustrate all of those fables told about the ancestors.

The status of these enigmas sold for a few euros is changed through one gesture, that of applying gold leaf to the photograph. By covering part of the image, specifically the faces of these ghosts, I open the possible projections. Gold, an object of fantasy and greed, is an incorruptible metal.

Unlike the black hole that absorbs all matter in its path, the golden surface constitutes a dreamlike universe and rejects matter. Gold functions both as a mental blank and a shiny surface on which are reflected our own faces, like Narcissus and his reflection.

Looking at family pictures, I think of what Bourdieu said about them and about the need for maintaining the societal lie. I see in these photographs the coded happiness of a society tensed in an immutable pose.

In writing memories that I embroider with red thread, the color of violent emotions, I try to dismantle the myth of the ideal family. I speak of worry, of the difficulty of taking one’s place and building a happy life, “like in the photos”. The text acts as a pendulum oscillating between the projection of happiness and its impossible lie. It teases the dark matter of family to provide a more nuanced image.

Images chosen for their narrative power overload certain pages in the album to the point of saturation and are punctuated by different formats that contribute to recreating this fantasized memory and, indirectly, the history of amateur photography. 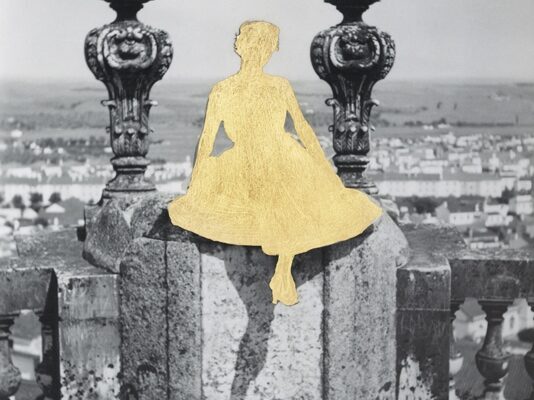 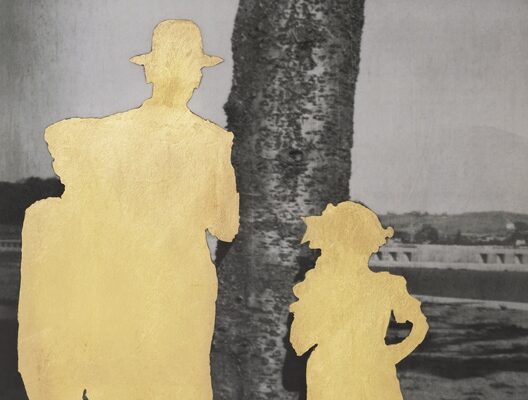 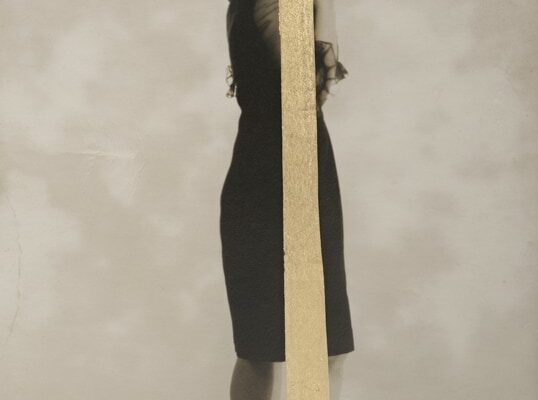 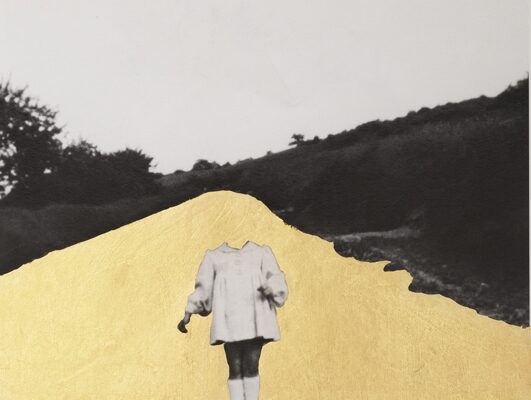 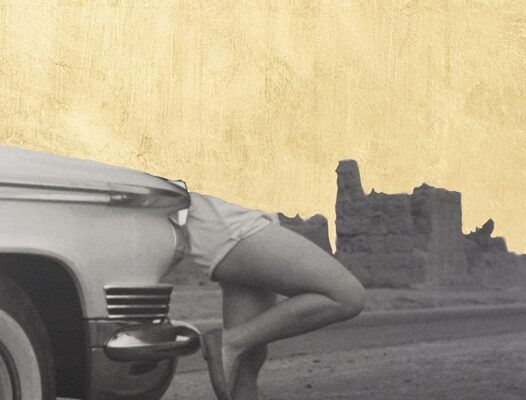 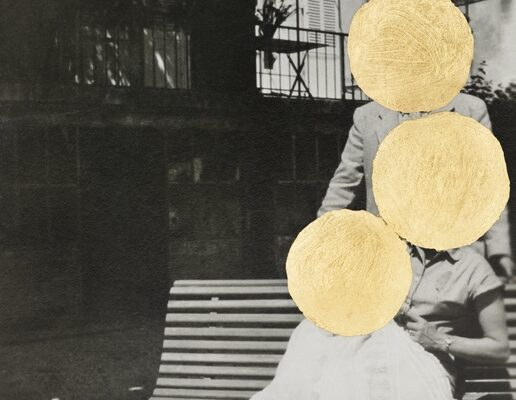 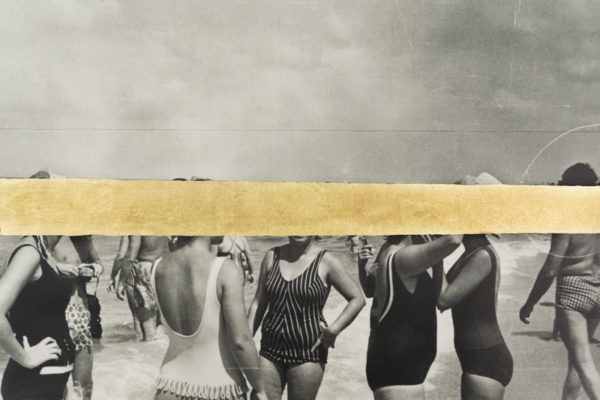 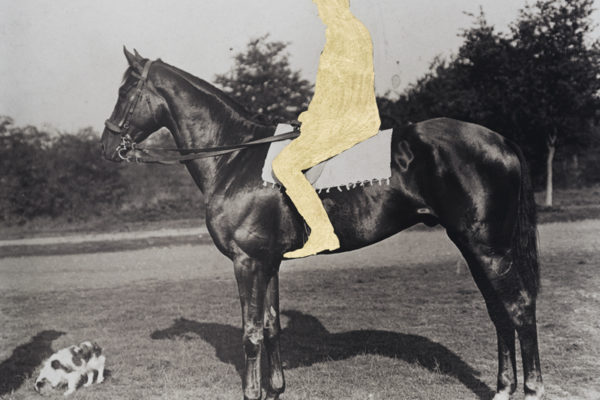 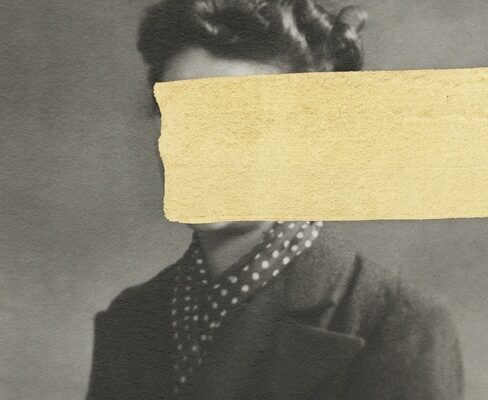 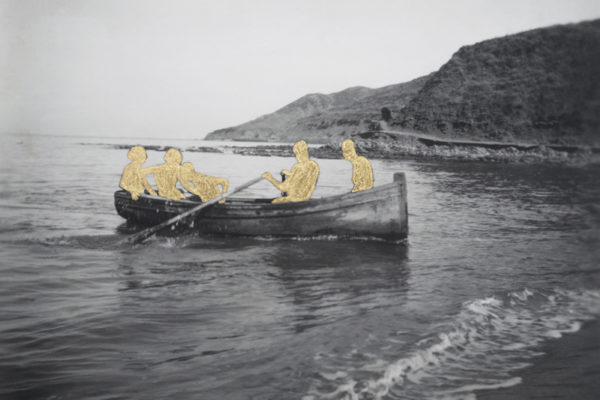 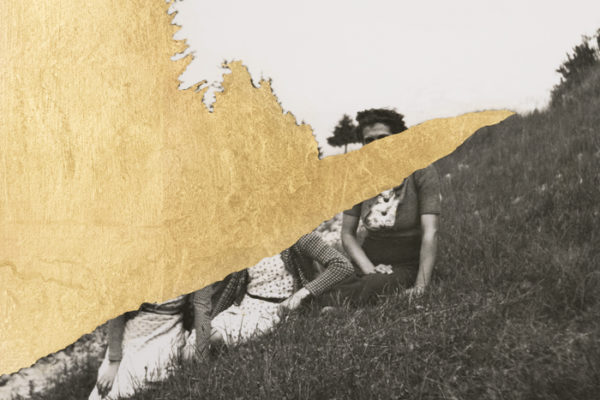 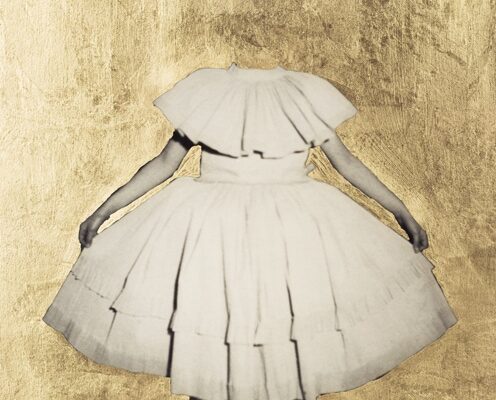 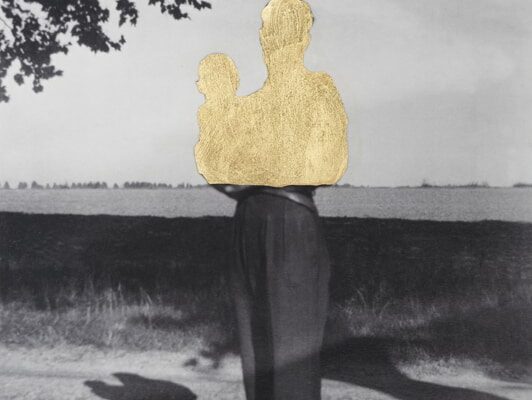 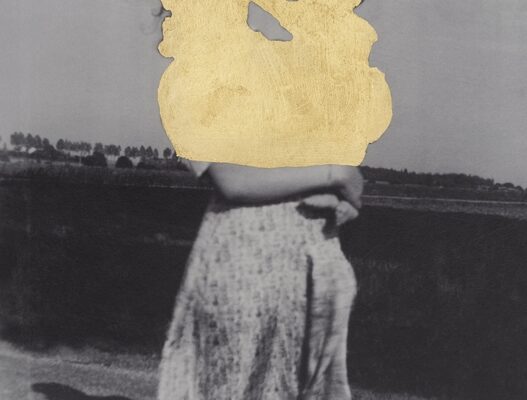